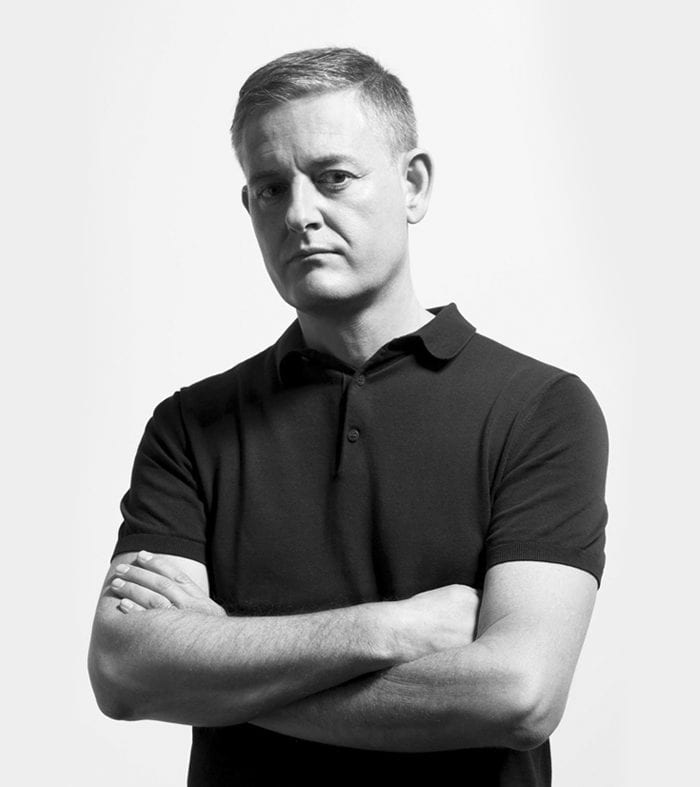 A graduate of Industrial Design from Barcelona’s Elisava University School of Design and Engineering, Mario Ruiz’s designs speak volumes in their simplicity; they live with their users without being conspicuous.
His work method “originates from the mission of being useful. That is always my point of departure, that the object works. Since there is no single solution for that to happen, figuring out the details is usually what leads to the emergence of a language.”
The designer started out in 1995 from his studio Mario Ruiz Design, focused on designing and developing industrial products and technology, as well as furniture, lighting and office projects.
His extensive professional experience stands out for its multidisciplinarity and international projection, allowing him to develop projects in various sectors for over 120 companies around the world. Siemens, Steelcase, Teknion, Offecct, Lapalma, Arflex, Haworth, Palau, Gandía Blasco, Schiavello, Expormim, HBF, Metalarte, Sellex and Joquer are among his clients, for whom he works not only in design projects but also for some of them as strategic consultant.
He has received over 50 awards in Europe and the United States, including several Wallpaper Awards, Red Dot, IF, Best of Neocon, Silver Deltas, Design Plus and Good Design. His work has been featured in several solo exhibitions, like the monographic show organized by the Instituto Cervantes of Milan during the Salone del Mobile 2018 or the one hosted by Feria Habitat Valencia 2018 in his honor.
He has been Professor of Projects at Barcelona’s EINA and ELISAVA design schools and has given conferences about his work in Tokyo, Singapore, New York, Dubai, London and Chicago.
In 2016 he received the National Design Prize, awarded by King Felipe VI of Spain and the Ministry of Economy.